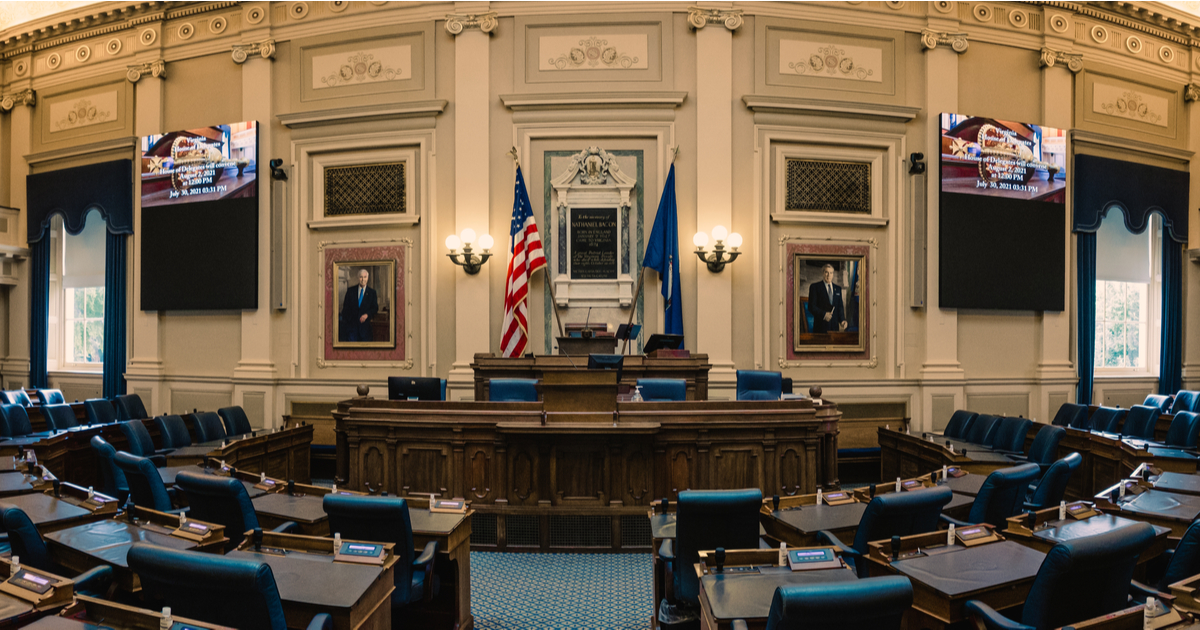 For over four centuries (1619), the Virginia General Assembly has debated and passed policy for the Commonwealth of Virginia. And like the many years before, the Virginia General Assembly has officially convened for 2022 to serve our Commonwealth and its citizens. With changes in party control and leadership this year, a budget, and over 2350 items to consider, this year’s 60-day session is sure to be full of action.

With so much to keep track of, here is a guide to the 2022 Virginia General Assembly:

The 162nd Virginia General Assembly began on Jan 12th. For 60 days the Commonwealth’s Delegates and Senators will introduce, debate, and vote on legislation that will influence the future of Virginia. With thousands of bills already filed, there is a lot for the Assembly to accomplish before adjournment Sine Die on March 12th.

Who’s in the Legislature?

The upper chamber, known as the Senate, has 40 legislators. Unlike the House of Delegates, Senators are elected to four-year terms. Democrats have control of this chamber by holding a slim 21-19 majority. The presiding officer for the Senate is Lt. Governor, Winsome Sears (R).

Basic Overview of How a Bill Becomes Law

What to Watch this year:

It can seem like the legislature moves lightning-quick…and it does. So what can you do to stay updated?

Our recommendation is to follow the action around legislation that impacts voters! The two committees that will review election legislation will be the House & Senate Privileges & Elections Committees.

Here are other helpful links for Virginia Legislative Updates